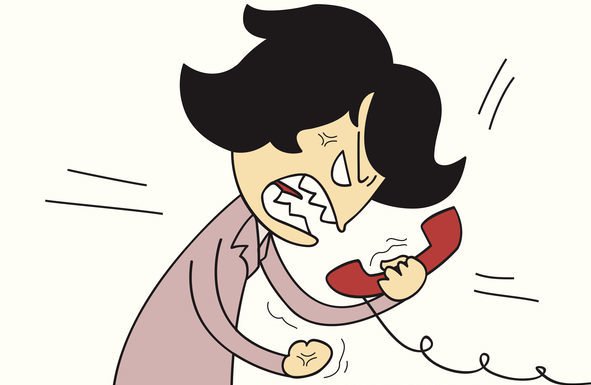 As published in Mumbrella:

After deciding to make the switch to PR, Sarah Kendell promised herself she wouldn’t become one of the PRs she used to hate. Here, she details exactly how she did it.

Earlier this year, I made the move from journalism to PR, which was both an exciting and daunting prospect. Exciting because it was a good move for where I wanted to be in my career long-term, daunting because going to ‘the dark side’ meant giving up my seat at the media cool kids’ table.

In journalist circles, PR agencies in particular can often be looked upon as the professional equivalent of the charity muggers that haunt the CBD at lunchtime – an overly friendly nuisance you do your best to skirt around in order to get through your daily tasks.

It was for this reason that when I decided I would make the move to communications, I initially avoided applying for agency roles.

However from my own experience as a reporter, a rare breed of agency PRs occasionally existed that didn’t make you want to immediately fast-walk in the other direction – those who were purposeful, considerate and well-researched, aiming to make your job easier rather than harder. With this in mind, I decided to open up my options to agencies who were willing to let me do my job as a PR professional the way I wanted to do it.

For starters, haranguing journalists over the phone to run a press release in that day’s news was a hard ‘no’ for me. This was not just because of the personal embarrassment involved in cold-calling, but also because as a journalist, I knew that such calls were completely ineffective.

Reporters were perfectly capable of judging if a media release was of interest and contacting the relevant PR for more information in their own time, and rather than swaying their decision, a follow-up call disturbing their day was likely to turn them off dealing with that client or agency in future.

The fact is that most PRs know this, but persist with the follow-up call because of pressure from the client to get a certain volume of coverage clips from a piece of news.

What I believe distinguishes a good PR agency – one that works in harmony with journalists, clients and staff – is that they are not afraid to tell the client such a strategy is actually harmful to their relationship with the press.

And if the client persists in putting unnecessary pressure on staff to compromise their carefully developed relationships with media, they’re also not afraid to tell them that perhaps their account would be better suited with another firm.

The ability to be direct, both with clients and media, was another important point on my agency deal-breaker list. Many PR professionals from pure communications backgrounds tend to pad out their emails with unnecessary context, formalities and politeness – consistent with the tone expected when they are communicating with their mostly corporate clients.

The email tone and work culture in a newsroom is quite different. Everybody is on a time crunch so it’s best to get straight to the point around what you need.

This is something I’ve tried to instil in junior staff since starting in my new role – what does the journalist really need to know about this story? What is going to make them want to write about this client? These are two questions you should be able to answer in two to three sentences max, and then your pitch is ready to go.

Taking the time to build good journalist relationships was another piece of my ideal agency puzzle. As a reporter, I appreciated PRs that not only pitched me relevant material and used my time efficiently, but also those I felt I could have a good laugh with to make the daily grind a little easier to bear.

Of course, from the PR’s perspective, this doesn’t necessarily mean bugging each and every journo to go out for coffee. Being strategic in your relationship-building is key.

For junior staff, that means making friends with fellow new entrants to your industry on the media side, so you can be a valuable source of contacts in the short-term and build a close friendship with a future editor in the long term.

It also means making sure that meet-ups with journalists are a good mix of social time (finding out what interests them personally and finding common ground) and professional networking (ensuring you’re nailing down what content, angles or interviews would most help fill any particular holes in their news line-up).

It was great for me personally that I managed to find an agency that shared my vision about how to build relationships in this business, because at the end of the day that is what clients pay us for. For those PR professionals that may not be coming out of a journalist background, I believe these points are equally important to take note of, and to insist upon as you make your way up in your career.

Let’s be honest, nobody wants to be that charity mugger chasing down beleaguered commuters in the rain.