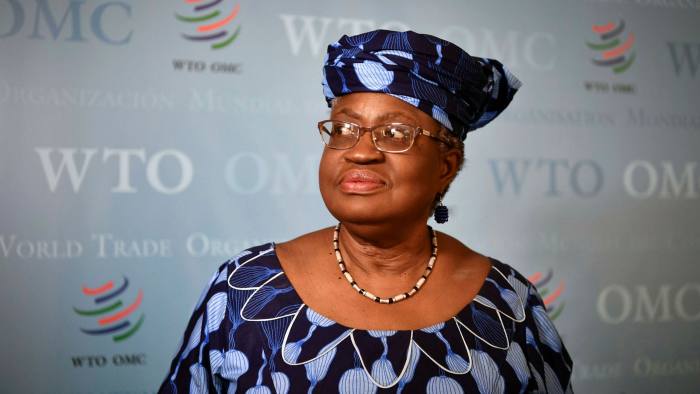 Happy International Women’s Day! 8 March every year is a day to reflect on and recognise the economic, political and social achievements of women past, present and future, to celebrate the progress made towards gender equality, and to think about what still needs to be done.

This year’s IWD theme is ‘Women in Leadership: Achieving an equal future in a COVID-19 world’. From reduced job security to having a greater care burden, the pandemic has amplified the inequities women face daily.

According to a report from the McKinsey Global Institute on ‘COVID-19 and gender equality’, compared with men, women’s jobs are 1.8 times more vulnerable during this pandemic.

So, while women make up 39% of global employment, they account for 54% of the overall job losses. This trend can be attributed to many reasons, though the underlying cause of vulnerability lies in existing gender inequalities, specifically in the gendered nature of work across industries.

The disproportionate impact of COVID-19 only highlights the uneven progress towards gender equality, and amplifies the need for women’s voices and experiences to be incorporated in national and global recovery plans.

In Australia, we ranked 44th on the World Economic Forum’s Global Gender Gap Report 2020, a significant 29 spots lower than our highest rank of 15 in 2006. With the Australian national gender pay gap standing at 13.4% (Source – Workplace Gender Equality Agency) and at least another 32 years before Australian women will achieve financial equality (Source – Financy Women’s Index), there is much work to be done to achieve equal pay for equal work, remove the ‘glass ceiling’ and eliminate discrimination.

However, this day is also about acknowledging our wins, and it sure has been a big year for women so far. Kamala Harris was appointed the first US female vice president, Kaja Kallas became Estonia’s first female prime minister making it the only country with both a female president and prime minister, Ngozi Okonjo-Iweala became the first woman, and the first African, to become the Director-General of the World Trade Organization, sexual assault survivor and advocate Grace Tame inspired girls everywhere with her bravery as she was named as 2021 Australian of the Year, and the list goes on…

In light of these achievements, we as a team at Madden have reflected on what equality means to us, in our working and daily lives.

‘As female professionals, what does equality mean to you?’

Amy Boyce, Senior Account Manager: Equality to me means working in an environment offering equal opportunity to all regardless of race, religion, sexual orientation or gender. I’m understanding and learning that constructive conflict should be encouraged rather than avoided, as this brings about positive change. Working in a flourishing, diverse workplace enables robust discussion which can allow you to pause and reflect on your own prejudice or challenge your own world view. I’m proud to be part of a generation that is forging ahead with uncomfortable conversations and holding a mirror to individuals and organisations not to judge or belittle but to enable us to question the rationale of the status quo. To me that’s democracy in action and although the journey doesn’t end here it’s important to stop and celebrate the vibrancy of every individual on this international women’s day. I’m hopeful, especially after the challenges of 2020 that we can all take up the space we deserve and be heard among the cacophony of competing ideas in our crazy world without feeling ‘less than’, but as equals.

Natalie Bacon, Senior Account Manager: There is SO much to say on this topic, but I’ll try to keep it to a paragraph (or three). Having recently read Sheryl Sandberg’s Lean In- Women, Work and the Will to Lead, I was excited to see that this year, the theme for IWD was ‘Women in leadership’. For those who haven’t read the book, there is a whole chapter called “Let’s start talking about it”- and I couldn’t agree more. In the book, Sheryl argues that gender in the workplace “presents a paradox, forcing us to acknowledge differences, while trying to achieve the goal of being treated the same”.

As a female communications professional, working in an industry heavily dominated by men, I have great respect for women who speak out about the barriers and biases they have faced in their careers. Not only does it create a necessary space for others to vocalise their experiences but by identifying the issues, it means that both women and men can start to figure out ways to solve these problems together. Sheryl summed it up beautifully by writing that if we want to see progress in equality in the workplace, “we need to speak out, identify the barriers that are holding women back, and find solutions. Talking can transform minds, which transforms behaviours, which can transform institutions”.

Therefore, equality to me, is an ongoing goal, it’s a hope that in the future, diversity of not only gender but also race, religion and sexual orientation will be present in boardroom’s, leadership teams and governments creating so much “constructive conflict” that real progress towards a more equal future is finally made.

Laura Cranley, Account Executive: As a female professional, equality in the workplace means having the opportunity to work on a level playing field with my male peers. This means having the ability to earn my place free of bias due to recognition of my skills and talents, and not because of token gestures such as a diversity quota. Females in the workplace should feel comfortable in their environment so that they can thrive in their career, free of harmful stereotypes, discrimination, and harassment.

Finally, Bruce, as a business owner, what does equality mean to you?

Bruce Madden, Executive Director: I am pleased to have a formidable, talented and focused team of women supporting our collective success.
I feel strongly that gender equality is an entrenched and significant issue, demanding universal action. Recognising and promoting the value that genuine equality and diversity brings to an organisation is critical.

I encourage my male peers to champion women and to also understand the important benefits of diversity across a full spectrum to their industries or chosen field, and to actively promote the change so desperately needed.